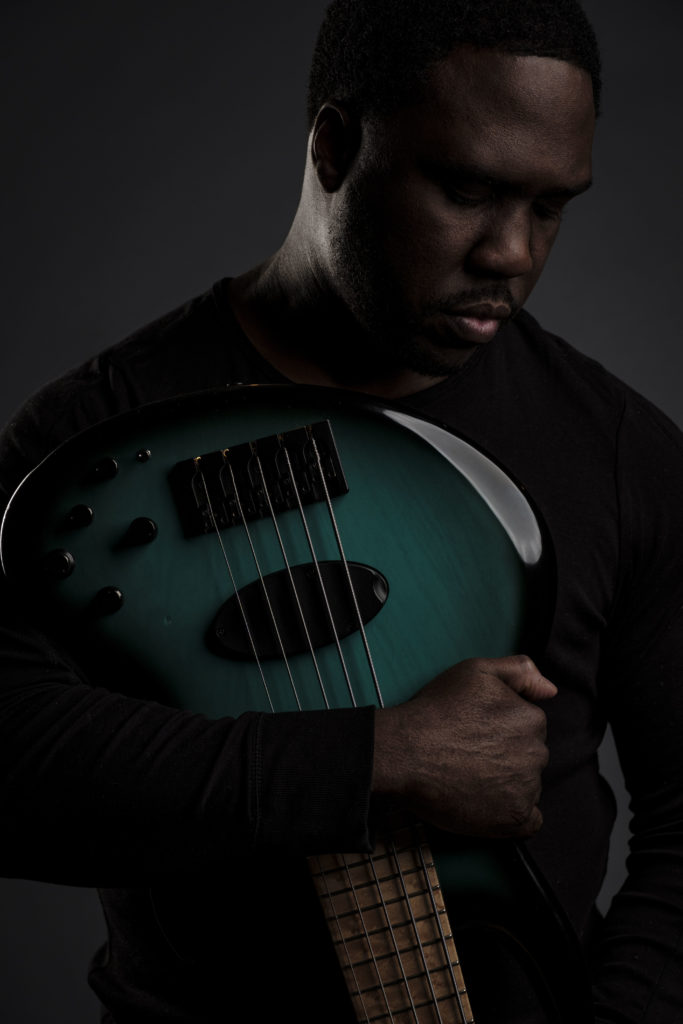 During this influential time, Hodge began to show his colors as a “Renaissance” musician, with incredible diversity in musical tastes and abilities.  Hodge played with such Philly Jazz greats as tenor saxophonist Bootsie Barnes and trumpeter Terrell Stafford, meanwhile reaping considerable session work with some of Philly’s finest modern R&B artists such as Jill Scott, Musiq Soulchild, Floetry, and DJ Jazzy Jeff.

Throughout his early career, Hodge continued to show an adept proficiency and broad ability across numerous musical genres, and platforms.  Ranging from orchestrations with Common and Kanye West for Common’s album Be, (which reached Billboard No.1) and production work on Common’s Finding Forever to winning R&B Grammys in 2012 and 2014 with the Robert Glasper Experiment as a founding member of the group. Hodge has always been held with the highest respect of his peers which led to roles such as the Musical Director for Maxwell for nearly a decade, continued work as a producer and writer for numerous albums, including co-producing Justin Kauflin’s album “Coming Home” with Quincy Jones, and several Blue Note projects along side Don Was, all while maintaining his solo projects and touring. Hodge has performed, written and/or recorded with artists such as Maxwell, Kanye West. Herbie Hancock, Q-Tip, Mos Def, Timbaland, Jill Scott, MusiqSoulchild, Gerald Levert, Common, Bilal, Lupe Fiasco, Andre 3000, Sade, Terence Blanchard, Ledisi, Terell Stafford, Donald Byrd, Stefon Harris, Bootsie Barnes, Kirk Franklin, Kenny Lattimore, Donnie McClurkin, and many more.

His writing and arranging accomplishments straddle both the recording and live arenas, from composing original music for the Smithsonian National Museum of African American History and Culture, to arranging for Nas and the National Symphony Orchestra, Common and the Chicago Symphony, Maxwell and the National Symphony, as well as composing the original work “Infinite Reflections” for the Chicago Brass Ensemble, and being a Sundance Composer Fellow.  He has also directed and scored other projects from being co-Musical Director for the 2015 Triumph Awards and arranging strings for Mos Def’s 2008 premiere at Carnegie Hall, to writing for films such as Back to School Mom, the 180 Days Documentary Series, Land of Opportunity, The Black Candle, The Army Recruiter and Uneasy Listening. Early film work includes When the Levees Broke: A Requiem in Four Acts in which he did additional writing and scoring, as well as Who the $%@ Is Jackson Pollock?,and Faubourg Treme: A Story of Black New Orleans.  Hodge’s most recent film projects include music consultant credit for the Feb 2020 Universal release “The Photograph”, as well as composer for the American library system documentary “Free For All Lives”, directed by Dawn Logsdon.

With his third record, Derrick Hodge unleashes his freest work yet. Color of Noize is the band, the concept, and the album, and if that name evokes more questions than answers for you, then you’re reading it right. The title is perfectly wide-open and inquisitive for a composer, bandleader, and bassist (etc.) with Hodge’s history.  While the music heard here indeed reflects a melting pot of influence and experience — a primordial soup of jazz flow, hip-hop groove, soulful depth, spiritual heft, and creative fire — the sound is best described in more abstract terms. As Hodge lays it out: “It’s the contrast, it’s the beauty, it’s the chaos, it’s the freedom — all of that.” This album also includes a few firsts. It’s the first Hodge record to use a live band throughout. It was that band’s first time playing together, and their first time hearing the songs Hodge wrote for their session. It was also Hodge’s first time bringing in a co-producer, who happened to be Blue Note president Don Was himself.

“It was powerful to see this group of young, brilliant improvisers set up in a circle at Hollywood’s historic United Studio A,” says Was. “It felt like a throwback to what it might have been like on the floor of a Blue Note Session at Rudy Van Gelder’s studio in the mid-sixties. These were ‘old school’ sessions yielding modern music so forward-looking and visionary that there is no existing genre within which to categorize it.”

“Don has this selflessness where he really wants to get to the root of what makes a musician tick and what’s pushing them in the moment,” says Hodge, who flew out to Los Angeles from his home in Denver to record. “It felt invaluable to have someone like that in my corner for a project like this, to help see everything through a different lens.” That goes to the heart of the Color of Noize concept — an intentionally broad thing meant to embrace the fluidity of sound and inspire a sense of collective ownership over that sound’s development and interpretation. “It’s an idea I feel is really relevant to our time,” Hodge says. “A new artistic heartbeat that’s about acceptance. It all relates to the spirit of now, not overly thinking, and moving forward.”